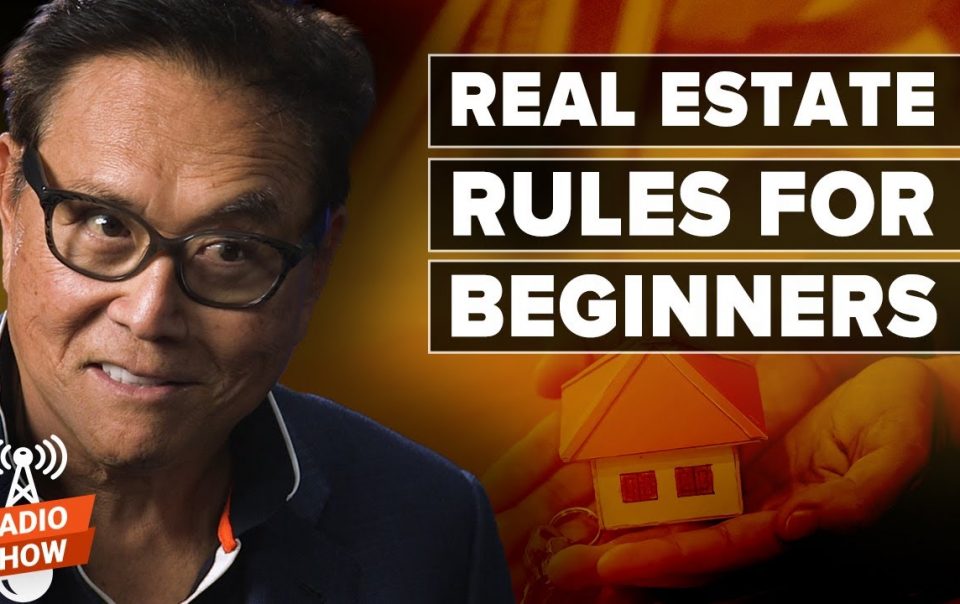 Real estate investing is not for the faint of heart. It’s illiquid, there’s a time lag, and it requires a high financial IQ. Robert and Kim Kiyosaki started their investing journey with small, single-family homes in the 1980s and graduated to larger, multi-family units as their experience grew.

Today’s guest shares where he’s looking, how he got started, and where he recommends beginners get started in real estate investing.

Grant Cardone, CEO of Cardone Capital, international speaker, and entrepreneur says, “The hard part for me, today, is getting the deal.” The big banks today, are getting the deals.

Hosts Robert and Kim Kiyosaki and guest Grant Cardone discuss the latest in real estate and what it means for new investors. 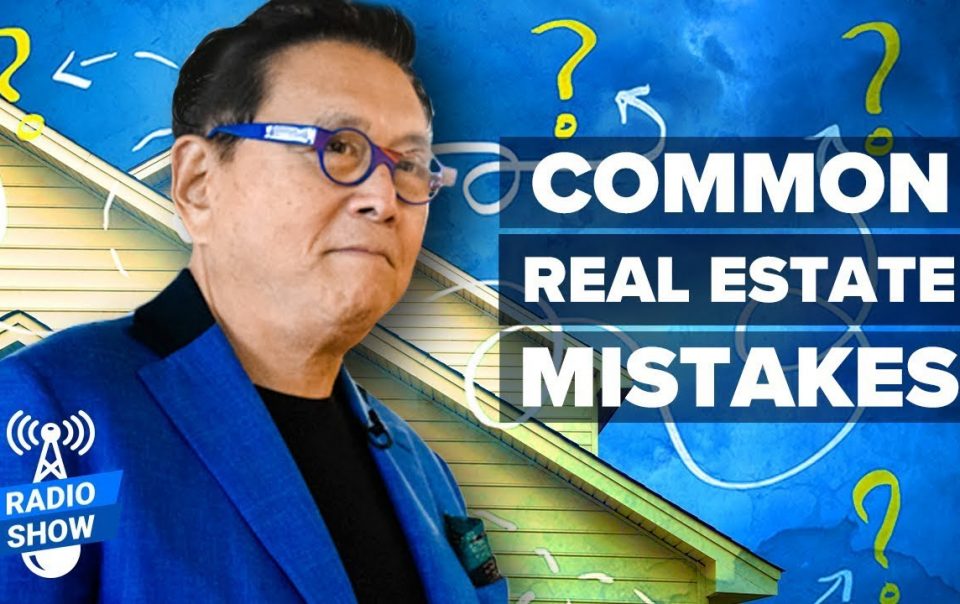 The strategy of “get-rich-quick” does not work in real estate. In fact, becoming a real estate investor is not for the faint-of-heart. Time, making mistakes, and going through the process are important elements to becoming a successful real estate investor. On the bright side, once you develop your process, the formula is the same as you go from one property to the next.

Most people have been conditioned to “buy low, sell high.” But that necessarily the strategy that Robert and Kim use when looking for the right property. Real estate has booms and busts just like other asset classes, and in addition to developing your process, understanding when the market is right for you to invest is a key element to investing in real estate.

There is good news for those who are wanting to add real estate to your portfolio! With the right financial education, anyone can build a stream of cash flow or a pile of equity. Hear the latest trends about real estate, and find out if we’re in a bubble. Robert & Kim are joined by Robert Helms & Russ Gray. 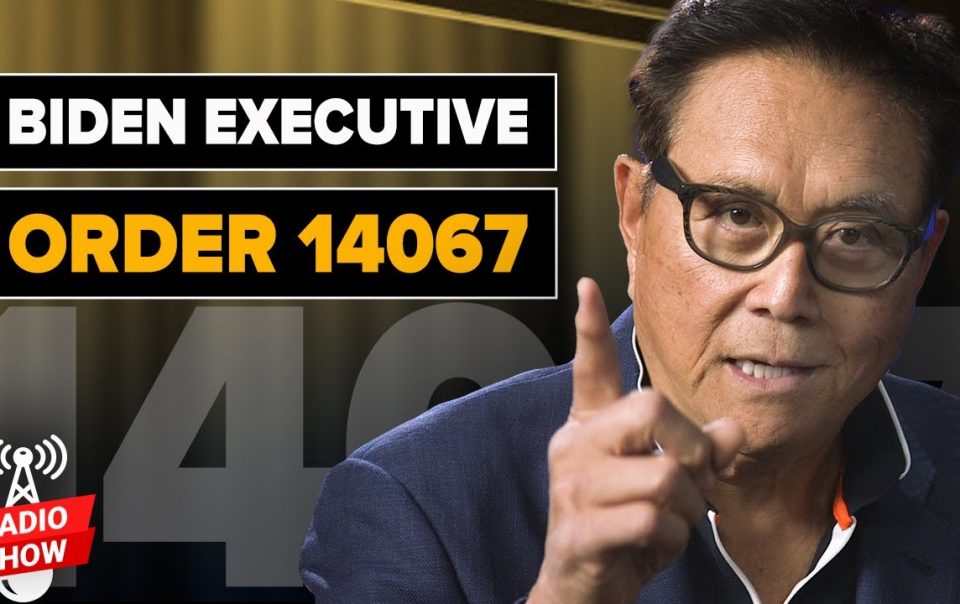 On March 09, 2022, President Biden signed Executive Order 14067, officially titled Ensuring Responsible Development of Digital Assets. Today’s guest explains this executive order is very different from “online banking,” and it has nothing to do with crypto, but would possibly give the government the ability to punish citizens for any contribution, purchase, or even social media comment they don’t like.

James Rickards, former advisor to the Pentagon, the White House, Congress, the CIA, and the Department of Defense says, “This would dramatically expand the power and influence of the federal government…essentially acting as a new type of “spyware”. 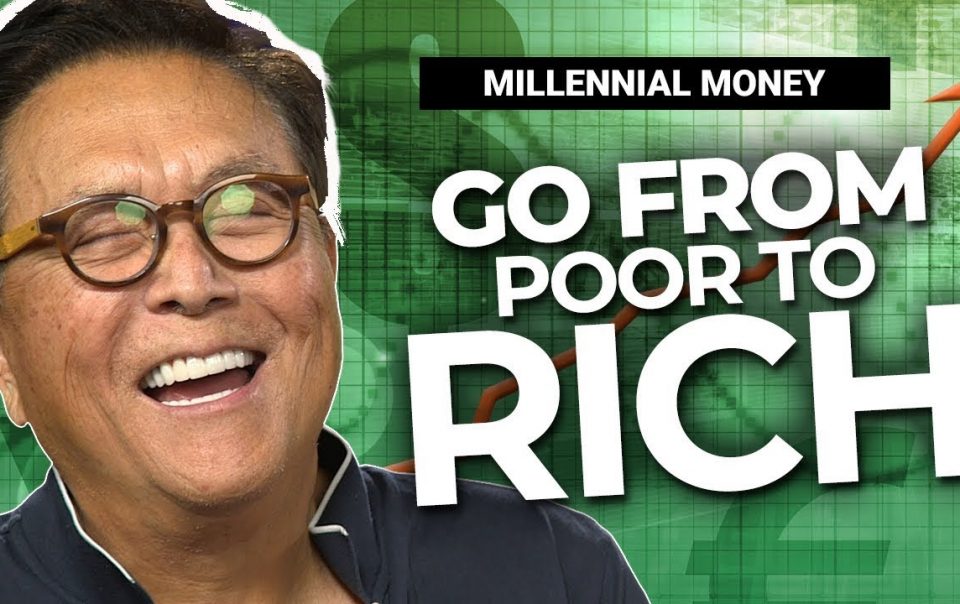 Habits That Can Make You Rich – Robert Kiyosaki [Millennial Money]

Today, we will give you advice on how to find your purpose and reveal the habits of successful entrepreneurs.

I encourage you to adopt some of these habits and make them a part of your daily routine. If you want to become a successful entrepreneur and accomplish your dreams, it starts TODAY. 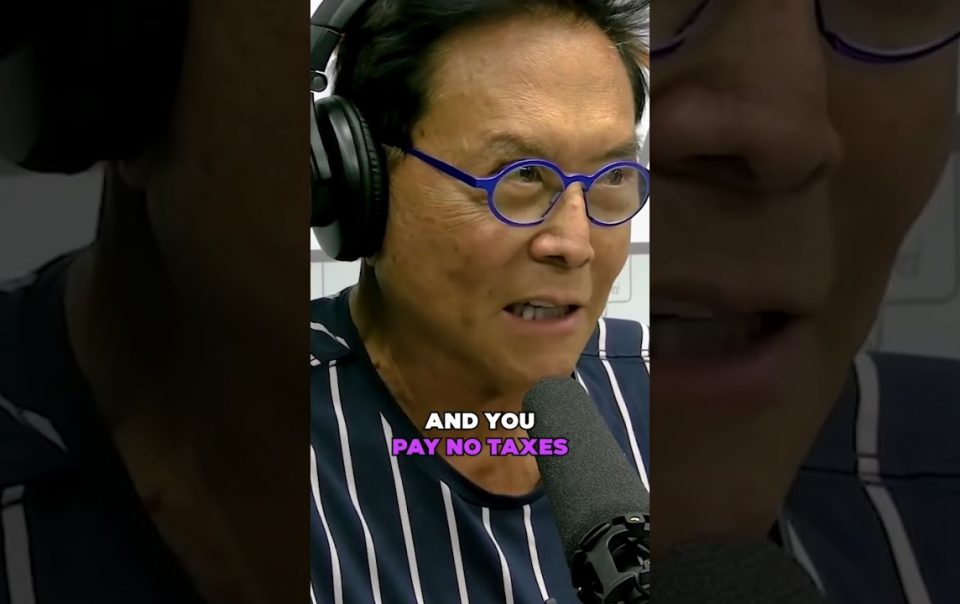 If you want to be rich, you need to know these two things 💰 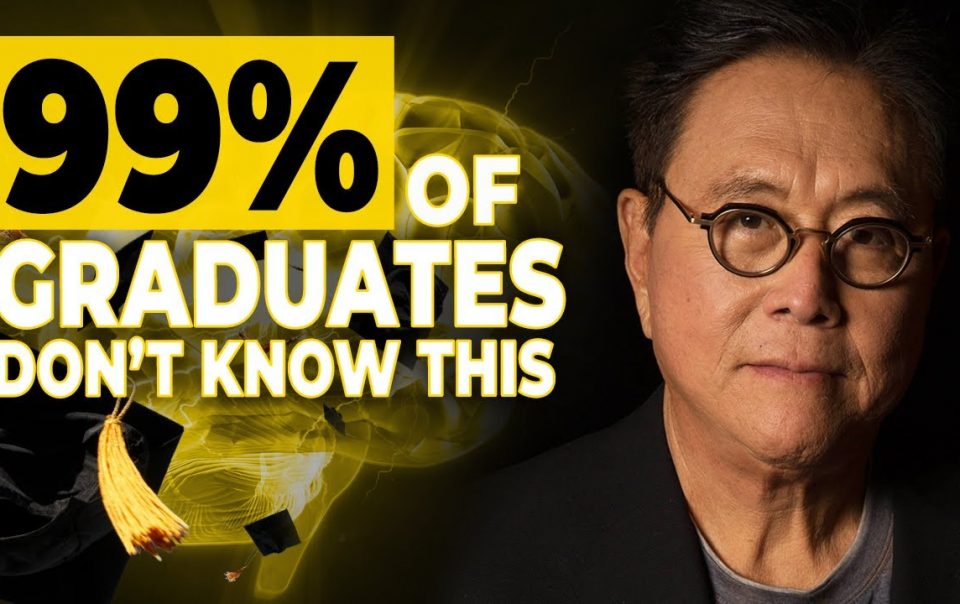 When Robert Kiyosaki was young, his poor dad always told him the best path to success was to go to school. This was and still is advice spread to young people around the globe.

The problem is, what does school teach you about money? Nothing!

Robert’s rich dad, on the other hand, didn’t have a college degree. He had to drop out of school in order to help run his family business, which started as a local store. Yet he was very rich and successful, eventually building a real estate empire complete with a hotel on the beach.

The idea that school will make you a success is perpetrated everywhere and all the time. What will make you rich is not going to school and learning book smarts but rather gaining financial smarts—learning how money works and how to make it work for you.

You need to learn to speak the language of money to be successful. That takes financial education, which opens up a whole new world, a world where you can succeed on your own terms. Unfortunately, our schools don’t teach that language. They teach you the basics, and then they either teach you a specific trade or skill, or they simply train you to be an employee.

Watch and find out the seven things they don’t teach you in school, but that are imperative to financial freedom. 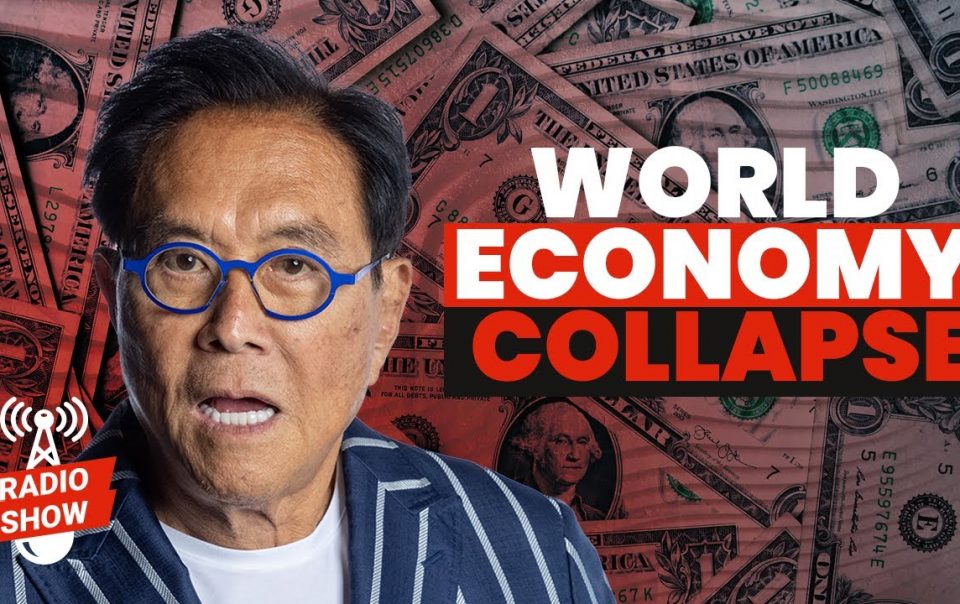 The World Economy is on the Edge of Crisis – Robert Kiyosaki, @GeorgeGammon

“The bull walks up the stairs and the bear jumps out the window.” Seasoned investors know better. They know that markets always go up and down. They know that when a bull market is hot, it will come crashing down at some point in time—and the higher a market rises, the faster and harder it crashes. Today’s guest explains how financially educated people will survive the next crisis.

George Gammon, the host of The Rebel Capitalist Show, says, “In 2022, we are going through weeks where decades are going to happen.” And there’s no excuse for not educating yourself with the amount of information available to everyone.

Host Robert Kiyosaki and guest George Gammon discuss the major financial crisis facing the world economy and how you can survive it. 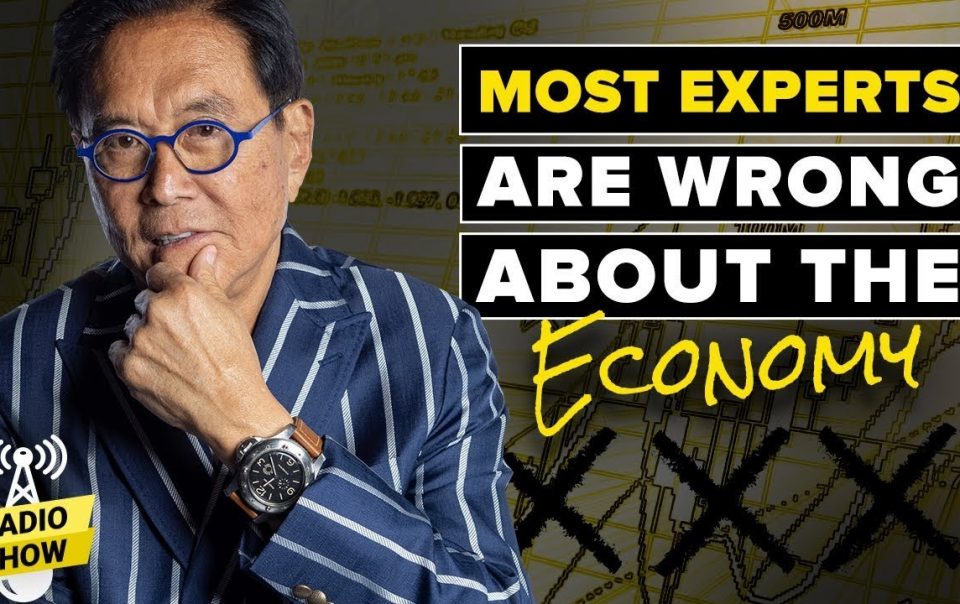 Most Experts Are Wrong About the Economy – Robert Kiyosaki, Raoul Pal

Are we looking at the end of the American empire? In May, the International Monetary Fund (IMF) cut its global growth outlook for the second time this year, citing the war in Ukraine and singling out inflation as a "clear and present danger" for many countries. Today’s guest explains his opinion about the timing of a recession, and what the Fed will have to do to keep the economy from dropping into a depression.

Raoul Pal, the founder and CEO of Global Macro Investor and Real Vision says, “I think it will happen at a shocking speed.” Raoul expects that the recession will happen in a matter of months, similar to 1974.

Hosts Robert and Kim Kiyosaki and guest Raoul Pal discuss what exactly is happening in the world’s economy, the likeness of a recession, and if there’s a depression in our future. 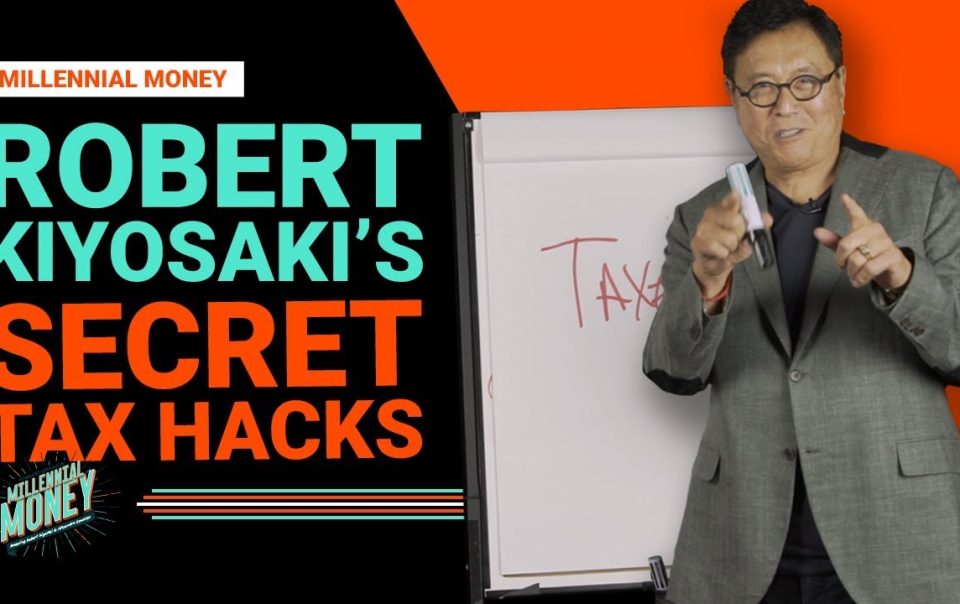 Years ago, my rich dad told me, “When it comes to taxes, the rich make the rules.” He also said, “If you want to be rich, you need to play by the rules of the rich.” The rules of money are skewed in favor of the rich, and against the working and middle classes. After all, someone has to pay taxes.

There are many ways that the rich make a lot of money and pay little to no money in taxes. On the flip side, the poor and middle-class toil away for their money, pay more in taxes the more they earn, and then park their earnings in savings and/or retirement accounts. In the meantime, they receive little or no cash flow on which to live while waiting for retirement — when they’ll live on their meager savings.

Doesn’t it make more sense to play by the rules of the rich, and earn more while paying less in taxes? 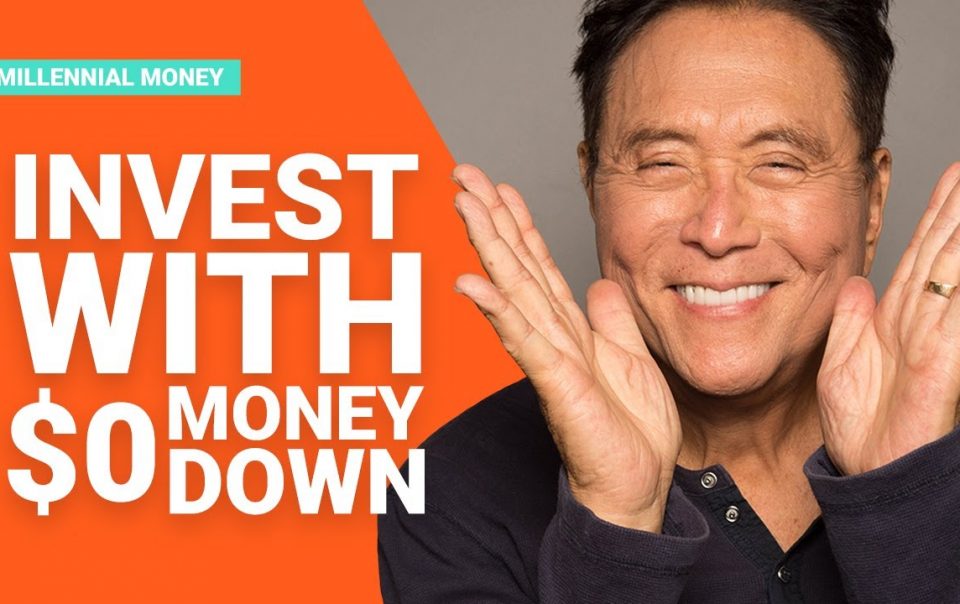 I often get asked about my real estate investments, and in this video I let you in on my secret of how I use debt to generate passive income. My real estate Advisor, Ken McElroy, and I will show you how we made money with no money at all.

"The ABC’s of Real Estate Investing: The Secrets of Finding Hidden Profits Most Investors Miss":

"The Advanced Guide to Real Estate Investing: How to Identify the Hottest Markets and Secure the Best Deals":

"The ABC’s of Property Management: What You Need to Know to Maximize Your Money Now":

Best known as the author of Rich Dad Poor Dad—the #1 personal finance book of all time—Robert Kiyosaki has challenged and changed the way tens of millions of people around the world think about money. He is an entrepreneur, educator, and investor who believes that each of us has the power to makes changes in our lives, take control of our financial future, and live the rich life we deserve.

With perspectives on money and investing that often contradict conventional wisdom, Robert has earned an international reputation for straight talk, irreverence, and courage and has become a passionate and outspoken advocate for financial education.

Robert’s most recent books—Why the Rich Are Getting Richer and More Important Than Money—were published in the spring of this year to mark the 20th Anniversary of the 1997 release of Rich Dad Poor Dad. That book and its messages, viewed around the world as a classic in the personal finance arena, have stood the test of time. Why the Rich Are Getting Richer, released two decades after the international blockbuster bestseller Rich Dad Poor Dad, is positioned as Rich Dad Graduate School. Robert has also co-authored two books with Donald Trump, prior to his successful bid for the White House and election as President of the United States.